LANZHOU, July 7 (Bernama) — Lanzhou, the capital city of China’s Gansu Province with a Muslim population of over one million, has the potential to become a gateway for Malaysian halal products into other Muslim territories in China and even central Asia where demand for such products is growing.

Second International Trade and Industry Minister Datuk Seri Ong Ka Chuan said the industrial city, located about 1,505 km southwest of Beijing can be the best place for Malaysian halal companies to tap into the existing market for its products.

“This gateway can provide another platform for trade exchange between both parties whereby Malaysian companies can penetrate Lanzhou and other parts of Muslim territories in China while Lanzhou’s halal products can explore Malaysian and Southeast Asian markets,” he told Bernama on the sidelines of the China Lanzhou Investment and Trade Fair (CLITF) on Thursday.

Themed, “Jointly Advancing BRI (Belt and Road Initiative) To Promote Mutual-Winning Cooperation”, this year’s edition, which focused on openness, pioneering, cooperation and development’, began on Thursday and would end on July 9.

BRI is an initiative mooted by Chinese President Xi Jinping in 2013 as a development strategy that focused on connectivity and cooperation apart from boosting trade between countries by providing infrastructure such as ports, railway and highways.

Ong, on a working visit to the province, said based on the meeting held with representatives from Gansu Provincial Committee on Thursday, interest was expressed to conduct research and development on the quality of Malaysian halal products.

The committee was also keen to get universities and the research and development centre in the province, to be involved and assist Malaysia in conducting further research on producing quality food products such as fruits and even halal-related products.

“The Malaysia External Trade Development Corporation (MATRADE) has also invited them to attend the Malaysian International Halal Showcase (MIHAS) next year and to visit Malaysia more often to deliberate further on establishing the halal gateway,” he added.

Members of the Malaysian delegation to the four-day trade fair, comprising 90 representatives from 31 companies and various government organisations, were aggressively promoting halal products and services.

As demand of halal products were growing rapidly in this Muslim-majority province, he said MATRADE would continue to encourage more Malaysian halal companies to promote their products with a potential link to penetrate the market with the  collaboration of local players from Lanzhou.

“Lanzhou has a huge potential especially when the Chinese government, through the BRI, was using the area as one of its halal and logistic hub in China, to penetrate the west.

“So, with the rate of concentration and effort being put in place to develop this area, it will become even more prominent when BRI becomes more matured,” he added.

Mohd Shahreen was elated that Malaysia was honoured as the country host at the event.

“It is really great for Malaysian halal products to get the recognition from the organiser apart from enjoying full coverage from the local media.

“This is a big plus for the Malaysian delegation to reach the potential market here, and beyond,” he added.  — BERNAMA 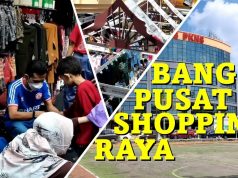 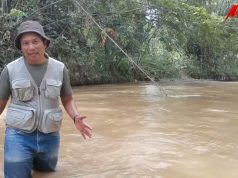 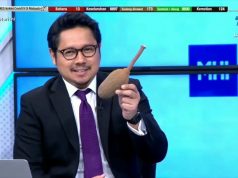