By Hanis Sofea Zulkifli and Wong Swee May

Jared Lee is a famous Malaysian YouTuber that owns a successful production company, Grim Film. Despite the many achievements he has acquired, Jared never once considered himself as a public figure.He is more comfortable to be seen as a guy that enjoys producing short films and YouTube videos.But little did he know, his videos change hearts.

Jared confessed that in the beginning, he was unfamiliar with the term YouTuber until his band was asked to perform at the opening of Wong Fu’s Production event in Malaysia. He claimed to have not even know Wong Fu Production back then. However, being the adventurer that he is, Jared jumped to the filming industry by shooting a short film and uploading it on YouTube. The short film managed to catch the public eyes and what once started as a fun try-out became his very career.

Creating a production company was never Jared’s plan in the beginning. Being a journalism student with no film-making background, running a production company was a suicide attempt. The name Grim Film produces a dark and eerie vibe, a total contrast from Jared Lee’s witty personality. However, Jared did admit that he likes to create dark stories for his short films and YouTube videos.

Even after gaining numerous subscribers on his YouTube channel, Jared still finds it impossible to believe that he has people looking up to him. When asked if he is used to be called a celebrity, Jared answered with “No, I feel like all these terms, it’s something that I’ll never get used to. I’m used to be called as a film-maker. Yes, I’m okay with that because that is my occupation”. Instead of seeking fame, Jared wishes to find a group of people that enjoy the content he makes and see it grow in numbers.

Unfortunately, Jared’s journey as a YouTuber was not all sunshine and rainbows. According to Jared, the biggest challenge was to run a production house. As a creative producer, accepting rejection was one of the hardest stage Jared had to go through. It took him about two years to learn how to accept others’ ideas and have his idea rejected. He found himself in a tight situation when he has to learn everything first-hand, being one of the first generation of Malaysian YouTubers. “We were the first generation of Malaysian YouTubers and there were no guidelines back then. If I knew back then that you shouldn’t make a rojak channelas consistency is key, I would’ve gotten a million subscriber by now” stated Jared himself.

The negative comments that Grim Film receives at the beginning of the year did not help him either. “At first, it was hard. It’s only human to feel hurt when you get negative feedbacks” added Jared. He then revealed that he cope with negative feedbacks by only reading the constructive comments and ignoring the ones without contexts. Jared is also very lucky as his friends and families are all big motivators when he needs them especially when Jared is recently diagnosed with testicular cancer.

Grim Film has gone through some challenging times, allowing it to grow in many ways such as the maturity of its content. One of Grim Film’s biggest challenge was when Jared was diagnosed with testicular cancer. He made the decision to publicly document his journey. When asked upon why he decided to document his cancer treatments, he replied with “I’m thankful for a lot of things in this part, for the people who thought they might have it, they get to catch it earlier thanks to the video. For people who are fighting it, myvideo encourages them to open up more”. Jared might not see himself as an influencer but his viewers disagree. Jared has received a lot of messages after uploading his ‘I Have Cancer’ video on his channel. Most of the messages are encouraging and some of them are from people with the same situation, seeking help and advice. Jared is trying his best to keep his viewers updated and taken care of while struggling with cancer himself.

Jared has created different types of inspirational videos from his early years of being a YouTuber until this very day. He claimed that there are people who came up to him and thank him for his videos. “That’s why, since then, every time I make a video, I just try to see if there’s a message to push out, even on the crazy, funny ones” stated Jared. He not only spread positive vibes through his videos but also through his Instagram account as he believes people need even the smallest display of encouragement.

Jared wishes to continue making uplifting videos and documenting his cancer-fighting journey in order to help more people ready themselves for the real world. A man that refuses to be named an influencer just helped influence thousands of lives with his videos. 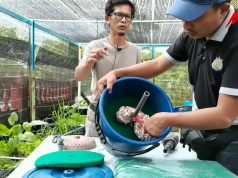 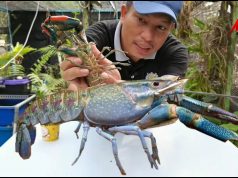 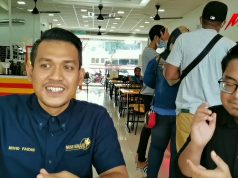