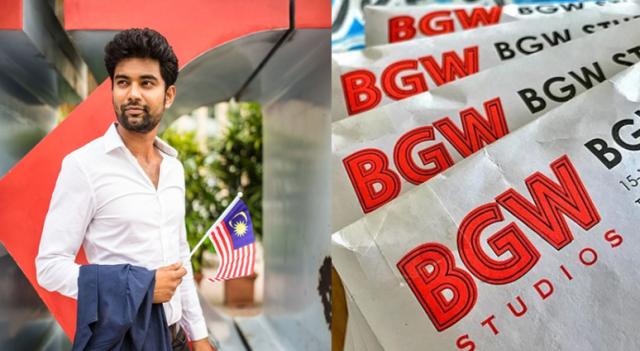 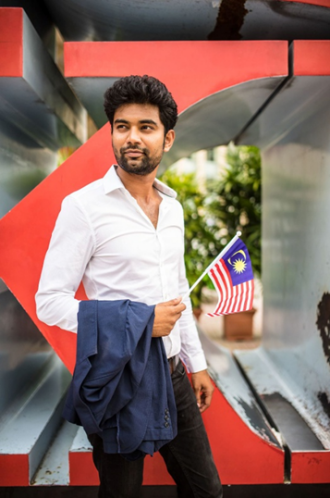 Kuala Lumpur: Getting a full scholarship from a well known university has been just like a dream for most of them. But he stopped his scholarship in engineering after done his first year to extend his dreams more into the world of acting. Bala Ganapathi William, 28, a Kedah born boy managed to become a successful entrepreneur after struggling for years in the industry.

At the beginning of his career, he planned to build his own film production studio in order to full fill one of his biggest dreams. After receiving opportunities to act in movies and hosting a few TV shows and programmes, he finally managed to pull off his first ever production studio with his own initial name which is the BGW studio.

Most success stories are born out of insecurities. They are what drive us to improve, to push forward, to keep learning and gain competence. Leverage your insecurities so they become a source of strength rather than a weakness. If we were all overconfident, we’d never learn from our mistakes and never progress and grow as a result. His struggle in this field was really very hard as he never received a proper support from any of his family members during those early days when he stopped his education half way. Now, his identity of a successful entrepreneur has reached all over Malaysia.

Bala’s way of handling the business is quite unique compared with others. As for him, he is more particular into customers’ satisfaction than gaining profit from the business. Looking back now, he is gaining double amount than a professional working engineer. “Thank God, I left my engineering and now I’m totally happy and satisfied with what I’m gaining”, says Bala.

Whether a person is born to it or develops it, there are characteristics and traits required for a successful entrepreneur which is the passion. Talk to successful entrepreneurs and you’ll nearly always hear the word passion when they describe what they do. Bala loves what he’s doing and he strongly believes that being an entrepreneur gives him all what he wished for.

In order to be successful in what we loves to do, hard work and determination are the two most important things. Embrace your shortcomings and flaws. Use them as motivation and transform them into something better. 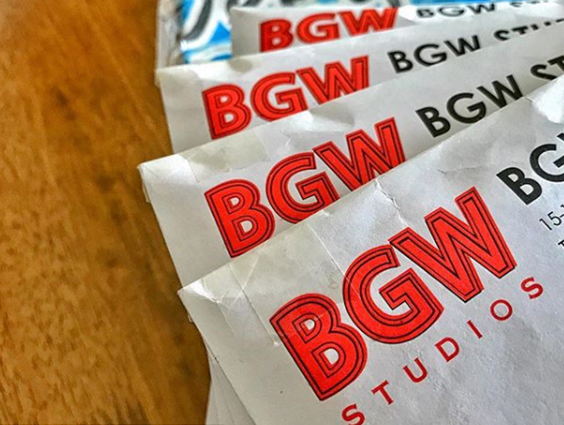 His own production house is doing a really good job out there. For film & TV production and distribution; social media marketing, advertising, events, talents, camera & equipments rental and branding consultation, do contact the following:

Or visit his studio at