Cultivating Durian Musang King become a trendy business in Malaysia. A lot of youth back from busy city and they decided to inherit the family business in farming in Sungai Klau, Raub. Earlier the older called themselves as farmers. But nowadays the youths transformed the status to independence supplier which provide durians to the agent to gain high profit. 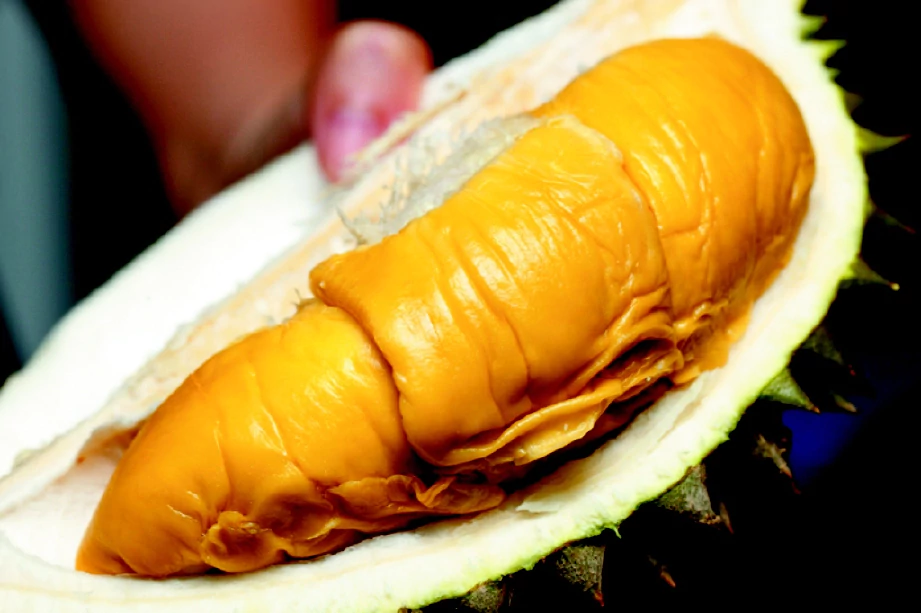 RAUB: Durian Musang King is the king of the fruits. The price of Durian Musang King is raising rapidly within these few years. The highest price that ever sold is more than RM100 per kilogram. It is popular and planted extensively in Raub, Pahang nowadays. Most of the durian lovers will be visited to Raub especially during the durian season in June and December. They believed that Raub have produced the best durian among other states. Because of the Durian Musang King, Raub started to evolve into a tourist attraction.

Chew Kam Choy, 50 years old from a cocoa farmer transform to an independence durian supplier. He have more than 10 years experience in how to cultivate Durian Musang King. He also plants other species of fruits such as Durian D-24, Durian Kampung, guava and also banana in his orchard. Banana is his second income when the durian season is out of season.

‘Each durian tree needs approximately 6 years to grow up. For the ripe durian, it needs half a year to ripe. Most of my trees are aged around 10 years old.’

Chew Kam Choy have a son named Chew Jing Hou. He came back from the agriculture studies in Taiwan. His aspiration is to develop his father’s durian enterprise to the further. He always gives his opinion to his father when he has the inspiration. He also enhances his knowledge on how to increase production of Durian Musang King.

Durian enterprise is a challenge for him and his father especially when the weather is bad because it will indirectly have affected the growth and quality of the fruits. Weather which is extreme hot or many rain will reduce the quantity of output. Last year, heavy rain lead to crop failure and Chew lost a lot of durian flowers which will be the durian soon. This make him pecuniary loss in the time.