A Malaysian national athlete represents University Putra Malaysia (UPM) to join the SEA games 2017 in Kuala Lumpur last year and won a silver medal in Judo. Chong Wei Fu, 23, is a third-year student in Bachelor of Communication majoring in broadcasting in UPM. Well, he is just proud to be a full time student and a part time athlete.

Judo is a self defense skill originated from Japan where it was used to take down target by the Japanese police. Jigoro Kano, the master for the creation of Judo combined physical, mental and moral pedagogy in 1882. It is generally categorized as a modern martial art which later evolved into a combat and Olympic sport.

Chong is a well trained Judo player for more than ten years. He participated in more than hundreds of competitions all over the world. His destination to Brazil before for an international competition was the furthest he had been to. Chong believes that the government gives him full support and commitment in terms of providing proper training and learning time.

As a Judo athlete, maintaining a proper balanced diet is a very important issue here as Judo game is basically categorized based on the athletes’ body weight. Chong made the biggest decision in sacrificing his life to Judo after getting tremendous inspiration from his elder brother who is also actually a national Judo player. They both work together since young and he strongly believes that “practice makes perfect”. Chong don’t really differentiate training between competitions. For him, the quality matters, nothing else.

Looking deep into Judo, this game still hasn’t received the proper recognition in our nation compared with badminton, which almost being the most popular game among youths. Besides, people really get confused between Judo and Taekwondo. According to Chong, he explained that Judo is a different self defense game compared to others such as Taekwondo and Muay Thai. Judo is literally all about techniques on how to stay away from the opponent to prevent himself from being taken down. Majorly, this is because your movements can be locked by your opponent easily once you are taken down.  Thus, Judo is not an easy sport as how people think as it requires many skills, techniques and lots of courage and determination.

Looking back in year 2013, he had his worst nightmare ever where he had a major injury which made him think twice to continue this journey or not. However, his belief pulls him up from giving up.  After going through surgery and physiotherapy, he spent another six months to get himself back to the Judo field. That’s how athletes work by the way.

Sharing about his experience during last year’s SEA games, his aim of achieving gold was shattered where he managed to won only silver. It had been 31 years since the winning of the last gold medal by Malaysian Judo athletes. Therefore, the gold medal is vital for him to prove that Judo in Malaysia has a very big potential to be improved.

Chong managed to put himself in the best condition in every game. He also mentioned that he’s saving the money rewarded to him so that he could venture into some business in the future. He is greatly thankful to his master and family for being the pillar of strength throughout his journey in Judo.

Judo has an age limit where you have to quit them when you reach certain age. Chong stated that he put his effort in his Judo career more than his study. When it’s over, he may quite the Judo life. He will start his new life to manage a business. He still remembers what a Japanese master said that “Once you are a Judo athlete, you are always a Judo athlete although you are quitted of the Judo.” 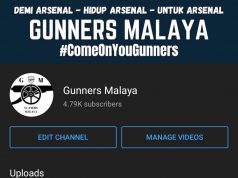 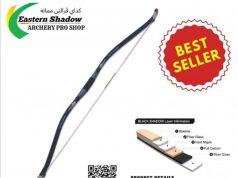 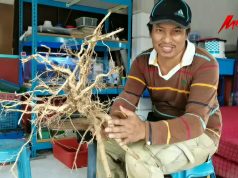