PUCHONG: A engineering student become a owner of a production company at age 26.  Bala Ganapathi William abbreviated as BGW is the most successful producer, director, host, actor and singer in Malaysian Tamil Film Industry.

The young entrepreneur was originated from Sungai Petani, Kedah.  He finished his primary education at SJK (T) Saraswathy, a Tamil school in Sungai Petani, Kedah. He completed his secondary education at SMK Bandar Sungai Petani in 2007. After he completed his studies at secondary school, he moved to Kuala Lumpur with big dreams and high hopes to become a star in television. As he came from very rural area, he does not have any knowledge and idea about media and technology. However, he managed to find out the ways to approach media agencies.He attended many countless interviews but the only answer he get was rejection.

BGW never gave up on his dreams. Besides his dream to be a star on television, he started to pursue his studies in engineering field. After the first year of the studies, he got a chance to be a host for a reality show which is called as “Aattam 100 Vagai”. It was the turning point in his life as he drop out from college and started to work hard to achieve his dreams.

BGW is a multi talented personality where he is a singer, actor, host, producer, director and so on. He has his own Youtube monetary account where there he earns a lot of income for every views. He also started his own production company named BGW Studios three years back. Now he is one of the most successful young entrepreneur in film industry. He is one and only manpower for his production company. He said that “customer satisfaction is the key element of my production company and for it’s success as well” during the interview session.

BGW is also hosting a well known show in ASTRO which is Rasikka Rusikka. He have completed successfully 4 seasons for the show. He have directed his own film such as Neeyum Naanum, he acted in the film as well. BGW had produced many films and telemovies such as Maangalyam Thanthunanena. He also released many single song albums for instance Kadhal Enbathu Saabama, Saaral Kaatru and many more. Bala Ganapathi William made his debut as a singer in his first single song title Kaadhal Enbathu Saabama. This song was well received worldwide and already crossed 1 million views on YouTube. People who are interested in his story can visit his Youtube account ‘BGW Studios’ to watch his telemovies, singles and video songs that had been directed, acted and produced by BGW. He said that “do not give up if you face many problems and obstacles in your, dream high and work hard, definitely you achieve whatever you want in your life”. He also encourages many upcoming talents to the film industry. He said that never ever give up and every hard work will pay off. He is one of the best role model for the younger generation as he is doing something different as collaborating entrepreneurship and film industry as well. 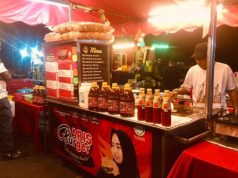 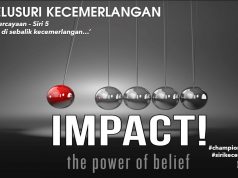